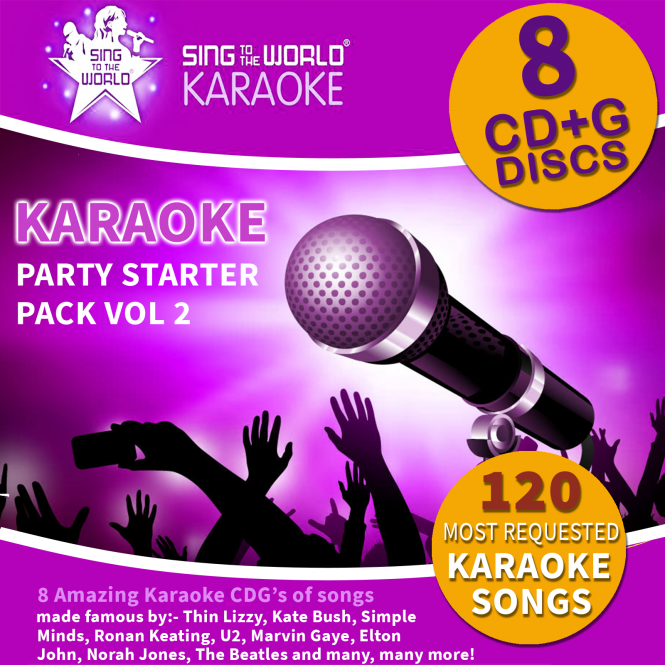 1. Great Balls Of Fire as by Jerry Lee Lewis

2. Tutti Frutti as by Little Richard

3. Something Else as by Eddie Cochran

4. (Love Is Like A) Heatwave as by Martha Reeves & The Vandellas

5. If I Fell In Love With You as by Beatles, The

6. Let It Be Me as by Everly Brothers, The

7. Walkin' Back To Happiness as by Helen Shapiro

8. Cupid as by Sam Cooke

9. Hey! Baby as by Bruce Channel

10. Twenty Four Hours From Tulsa as by Gene Pitney

11. Hippy Hippy Shake as by Swinging Blue Jeans, The

13. You Never Can Tell as by Chuck Berry

14. Ferry 'Cross The Mersey as by Gerry & The Pacemakers

17. As Tears Go By as by Marianne Faithfull

18. Wooly Bully as by Sam The Sham & The Pharoahs

19. Out Of Time as by Chris Farlowe

20. You Can't Hurry Love as by Supremes, The

22. Big Spender as by Shirley Bassey

23. Music To Watch Girls By as by Andy Williams

24. Son Of A Preacher Man as by Dusty Springfield

25. I Say A Little Prayer as by Aretha Franklin

26. Dream A Little Dream Of Me as by Mama Cass

28. I Heard It Through The Grapevine as by Marvin Gaye

29. Gentle On My Mind as by Dean Martin

30. Tracks Of My Tears as by Smokey Robinson & The Miracles

31. I Hear You Knocking as by Dave Edmunds

32. Love Grows (Where My Rosemary Goes) as by Edison Lighthouse

33. I Think I Love You as by Partridge Family, The

34. Burning Love as by Elvis Presley

35. Puppy Love as by Donny Osmond

36. Ballroom Blitz as by Sweet, The

38. Whiskey In The Jar as by Thin Lizzy

40. See My Baby Jive as by Wizzard

41. Hey Rock And Roll as by Showaddywaddy

42. This Town Ain't Big Enough For Both Of Us as by Sparks

43. Young Girl as by Gary Puckett & The Union Gap

44. Golden Years as by David Bowie

45. Let's Stick Together as by Bryan Ferry

46. Beautiful Noise as by Neil Diamond

47. Pearl's A Singer as by Elkie Brooks

48. The First Cut Is The Deepest as by Rod Stewart

49. Baker Street as by Gerry Rafferty

50. You're The One That I Want as by John Travolta & Olivia Newton-John

51. Teenage Kicks as by Undertones, The

52. Picture This as by Blondie

53. Ever Fallen In Love (With Someone You Shouldn't've) as by Buzzcocks, The

54. Rhiannon as by Fleetwood Mac

56. The Man With The Child In His Eyes as by Kate Bush

57. Milk And Alcohol as by Dr Feelgood

58. Is She Really Going Out With Him? as by Joe Jackson

61. Since You've Been Gone as by Rainbow

62. A Message To You Rudy as by Specials, The Ft Rico

63. Mustang Sally as by Commitments, The

64. Patricia The Stripper as by Chris De Burgh

65. Try A Little Tenderness as by Commitments, The

66. Bright Side Of The Road as by Van Morrison

68. Just Can't Get Enough as by Depeche Mode

69. Speak Like A Child as by Style Council, The

71. Our Lips Are Sealed as by Fun Boy Three

72. Smooth Operator as by Sade

73. White Wedding as by Billy Idol

74. Don't You (Forget About Me) as by Simple Minds

75. Holding Out For A Hero as by Bonnie Tyler

79. Sledgehammer as by Peter Gabriel

80. (I've Had) The Time Of My Life as by Bill Medley & Jennifer Warnes

82. New Sensation as by INXS

85. I'll Sail This Ship Alone as by Beautiful South, The

86. Unbelievable as by EMF

87. Bring Me Sunshine as by Morecambe & Wise

88. Walking In Memphis as by Marc Cohn

89. Always Look On The Bright Side Of Life as by Monty Python

90. Rocks as by Primal Scream

91. The Riverboat Song as by Ocean Colour Scene

92. Female Of The Species as by Space

93. Baby Can I Hold You as by Boyzone

94. Amazed as by Lonestar

95. Straighten Up And Fly Right as by Robbie Williams

96. The Tide Is High (Get The Feeling) as by Atomic Kitten

97. Music Gets The Best Of Me as by Sophie Ellis-Bextor

98. Can't Get Blue Monday Outta My Head as by Kylie Minogue Vs New Order

99. Sorry Seems To Be The Hardest Word as by Blue Feat Elton John

100. We've Got Tonight as by Ronan Keating Feat Lulu

101. The Zephyr Song as by Red Hot Chili Peppers

103. Sweet Dreams My L.A Ex as by Rachel Stevens

105. Have You Met Miss Jones? as by Robbie Williams

106. Changes as by Kelly Osbourne & Ozzy

107. Something Beautiful as by Robbie Williams

109. Obvious as by Westlife

110. Closest Thing To Crazy as by Katie Melua

111. Come Away With Me as by Norah Jones

112. Mysterious Girl as by Peter Andre

115. Hollywood as by Madonna

116. My Immortal as by Evanescence

119. Thank You Baby as by Shania Twain

This Sing to the World collection is the ideal introduction to karaoke, 'The Party Starter Pack' contains eight CDG format discs, packed with a massive 120 karaoke classics. All the old favourites are there including songs made famous by Aretha Franklin, Roy Oribison, The Everly Brothers & Elvis.

Free Shipping applies to UK order only, Generally mainland only.

We take online security very seriously. We only collect the information we need. We may also collect certain information about you to assess your buying trends and offer youy better deals. Should you not wish us to send you emails, please opt out in your account.

We encourage you to place your order online. This is the fastest method and your order will be sent directly into our system for processing. We can assure you that we have taken all necessary steps to ensure that your credit card details will not be compromised. We don't even store them as your credit card payment will be processed directly by the bank.

Items that are to be returned should be in there original packaging including bags cardboard or polystyrene holders and protectors and shipped to:

All accessories (i.e.remotes, leads, batteries, etc should come back) unless an exception has already been agreed prior.

All items come with a minimum 1 year Maufacturers guarantee (this does not cover preowned items) which covers parts and labour for repair purposes.

Some items are not covered under this guarantee are user replaceable items that are subject to wear and tear. These include mixer crossfaders, line faders and styli (cartridge needles) lamps which cannot be guaranteed (faulty on arrival does not apply to the "not covered" rule).

If you have recieved an incorrect product(s) or unwanted the item(s) these can be returned in a 14 day cooling off period, shipping charges will be refunded where items are too small to warrent a collection. Collection will be made by an agreed date if for any reason that we are unable to collect may incure additional costs to re-arrange should the error not be ours or the carriers. We will extented unwanted item to 14 days at the buyers cost of return.


We aim to get repairs done as quickly as possible, if repair is to take more the a deem reasonable time, items will be replaced or refunded.


Item has been returned inside of 28 days will be replaced where possible subject to stock availability.

Please make sure you package your item(s) extremely well.  If item(s) are damaged in transit and it has not been packaged sufficiently may void any warranty.